The legendary soccer player Lionel Messi invites you to try out the new soccer mode! 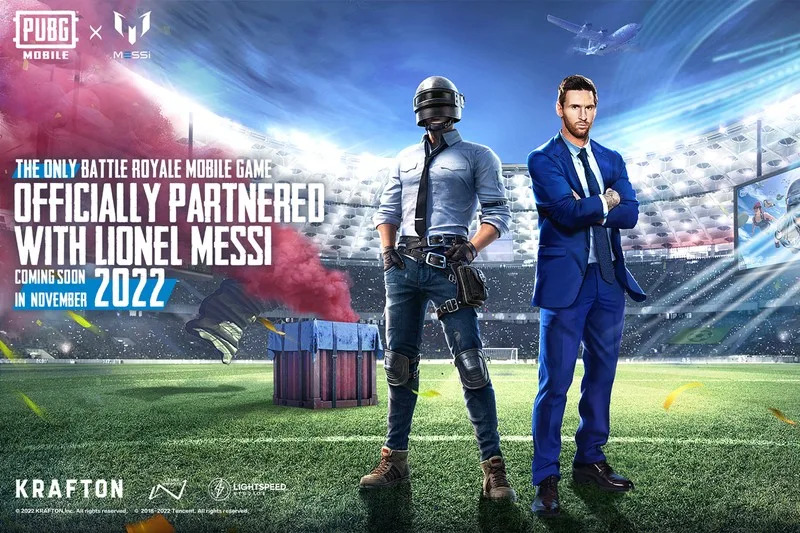 In PUBG Mobile 2.3, a grandiose Football Carnival is now being held on the territory of the mine.

The following mechanics are only available on Erangel:

The new version will have exciting football modes. Be sure to try them out! The December Snow Festival update, coming out on the first day of winter, will add a frosty charm to some football items. We value your opinion!

The official Aftermath mode is coming! Available from December 02, 2022.

Improvements to other PUBG Mobile 2.3 modes

Return and Rebirth: Adjusted the mechanics of the tower of return. Each player has 1 chance to respawn, and you can return your comrades to the battle right at the respawn tower without picking up their token.

Improvements to the social interaction system

Added smart suggestions for quick voice messages: in some situations, the most frequently used messages will be pinned to the top of the list.

Other improvements to the social interaction system

The function of turning on targets has been added to the training ground. Now players can shoot at targets in armor of different levels. In this case, the numbers of damage caused to one or another part of the body will be displayed.

Events “Together for one goal”

Take part in a variety of football events with your friends!

To a new rank with friends

History of interactions with friends

In the history of interactions with friends, you can see the details of the games played together for the last 6 seasons.

Be sure to try out exciting football missions. On December 19, the New Year’s Fireworks event will begin. Light fireworks and get New Year’s rewards!

To create a healthy gaming environment, the rate of reputation recovery for players who have committed several violations in a row has been reduced.

How to Unlock M13B rifle in Call of Duty: Warzone 2.0 and DMZ easily and quickly