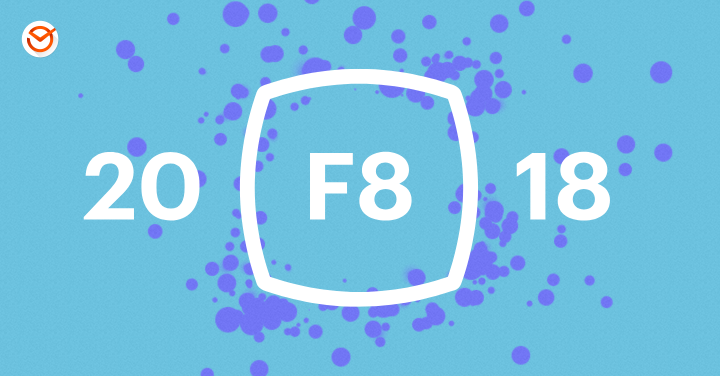 Every year, Facebook hosts an annual conference for its software developers called Facebook F8. Why does this matter to digital marketers? Because the conference offers a sneak preview of what Facebook’s developers are working on. This can help savvy marketers be the first to take advantage of new features and tools. We have compiled this list of need-to-know news from Facebook to help you stay on top of the latest developments.

Remember, Facebook is the company to watch because it’s so much more than the Facebook platform itself. Facebook is a social media giant that also owns Instagram, Messenger, WhatsApp, and countless other technology companies. But don’t worry—you don’t need to study it all. Here’s our recap.

CEO Mark Zuckerberg spent time at his keynote outlining the steps his company is taking to address issues with fake news and data privacy. In particular, Facebook is giving users more control over what information Facebook collects and stores.

For video highlights from Zuckerberg’s speech, check out this clip from Digital Trends. Then, stay with us to see what’s most relevant for digital marketers.

Facebook’s fight against fake news is focused on three things: spam, fake accounts, and real people who share fake news. Facebook is using artificial intelligence and a team of content reviewers to identify and remove fake accounts. In addition, Facebook is tweaking its algorithm to reduce the amount of spam that shows up in users’ newsfeeds. This will improve the user experience and take away the economic incentive to publish clickbait. And, Facebook is expanding its team of fact-checkers to debunk fake news stories that have gone viral.

For digital marketers, this reinforces the need for high-quality content that informs and engages users.

Facebook is also implementing a new feature called Clear History that will allow users to erase their activity on Facebook in the same way we can delete our browser history. The tool will let users see which external websites send information about them to Facebook. Users will also be able to turn off Facebook’s data collection features and erase any information that Facebook’s analytics tool has learned about them. As Lights, Camera, Live points out, digital marketers who rely solely on Facebook could see their audience size shrink. However, updates to Facebook groups provide new tools that digital marketers can leverage instead.

Facebook is rolling out a new feature in Facebook groups called Watch Party, which will allow you to watch videos with members of your Facebook group. Group admins who launch a Watch Party can also provide live commentary with a picture-in-picture video. This will be a great way to promote real-time engagement as the group watches the video together.

And building on Facebook’s earlier announcement about the value they place on Facebook groups, the company is adding a groups tab to make groups more central to the Facebook experience. The new tab will make it easier for users to participate in all of the groups they belong to. Group admins can also add a new “Join Group” button to their websites to attract more people to their Facebook community. For more information about Facebook groups, review our post about everything you need to know about the latest news.

Facebook Messenger now has more than 1.3 billion monthly active users, second only to WhatsApp, which Facebook also owns. Messenger’s popularity keeps growing as the company continues to roll out additional features for businesses.

Next up, Facebook is bringing augmented reality (AR) to the Messenger experience. The feature, which is currently in beta mode, allows companies to use AR to let customers see, customize, and test products. With this new capability, Facebook hopes to make it easier for people to shop online by letting people “try before they buy.” Four companies are participating in the initial launch—ASUS, Kia, Nike, Sephora—but companies interested in using augmented reality in Messenger can sign up on Facebook’s waitlist.

Not ready for augmented reality? Other recent Messenger updates made it easier for users to share rich media, such as 360-degree photos and HD-quality video, via Messenger.

Messenger is also releasing a customer chat plug-in for Messenger that companies can integrate directly into their websites. The plug-in will automatically load recent chat histories between a customer and the company. This gives customer a single experience regardless of where they initiate (or continue) the conversation.

As well, Messenger will launch M Suggestions to translate messages in the Facebook Marketplace. When people receive a message in a language that’s different from their default setting, M will ask if they want to translate the message. At launch, M suggestions will start with English/Spanish translation for users in the United States. As Facebook improves the translation experience, it plans to roll out the feature in more countries and in more languages. For online retailers, this opens the door to reach customers in places you haven’t yet ventured into.

The digital marketer’s essential takeaway: Online retailers can stand out from the competition by using new tools that give customers engaging, high-quality information.

More changes are also coming to Instagram, starting with updates to its explorer tool. Instagram is also diving deeper into video and testing the waters of augmented reality.

Instagram’s new explorer section will make it easier for users to discover content. The update, which builds on Instagram’s recent decision to let users follow hashtags, will organize information into topic channels you can scroll through. When you pause at a button, you’ll see a list of related hashtags to follow. 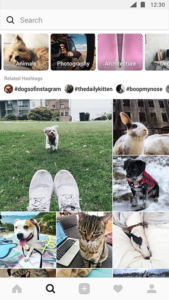 Instagram is also rolling out a video chat feature that will let you chat one-0n-one or in groups. And, new tools will make it easier to share content from other apps, such as GoPro and Spotify. Finally, Facebook is bringing its AR filters to Instagram.

The digital marketer’s essential takeaway: Instagram has become much more than a photo-sharing platform. Be sure to try all of Instagram’s features to keep your followers engaged.

Which Facebook F8 announcements are you most excited about? Tell us in the comments below!

ABOUT US
Here you can find amazing articles related to blogging we will update here technology artciles , digital marketing artciles , newly launch gadgets and all…..Stay updated with ccaster.com
© ccaster.com 2020